TestNetRun is Turkey’s largest (about 6000 subscribers on Twitter and YouTube) and the most successful testnet community. As the TestNetRun team, we help our members learn the technical side of Blockchain, and we do this with Turkish training videos and written technical materials. We help our users to participate in various testnets of the Cosmos and Polkadot ecosystem and to move projects forward in their own networks. Since the day we were founded, we continue to grow and develop steadily. We’ve had several successes in the Cosmos and Polkadot ecosystem. We have our own explorer, snapshot, Auto compound and other services. We will continue to support our followers with all our channels in this area. 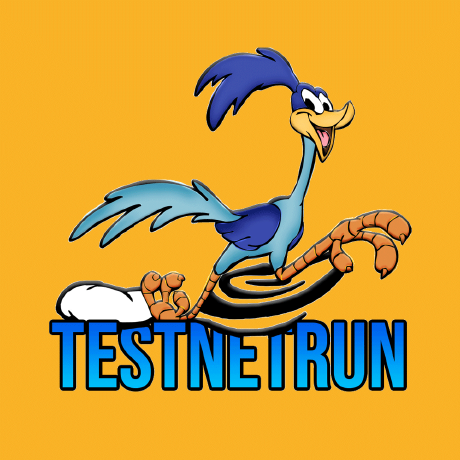 in one word “unbeatable”

he is quite knowledgeable about blockchain

Testnet Run Team pioneered the Turkish community on node…The team, which has been making training and installation videos on youtube for years, has taught many people a lot and has also made financial gains…The TestNet run team also worked one-on-one with most testnet companies, guiding them through the tests and leading them to successfully complete the required tests…El Turco, one of the leading names of the team, still helps many people every day and continues to be interested in telegram channels every day…In addition, Errorist and Ömer, other prominent members of the team, have been very helpful to me and many other people…In addition, professionals such as Nodeist continue to help people actively on the Testnetrun channel…I think that the TestNet run team will be the validator of both the test phase and the mainnet phase, and I think they will add a lot to the aptos ecosystem…Good luck to both parties in advance, 2 giants hand in hand to the summit …Lets GO

Thank you very much for your thoughts. we built together, we will continue together

TestNetRun is the most successful testnet community in turkey.

High experienced and helpful team.TestNetRun is the best about helping every member whenever they need.

very good !!!information every day new friendships every day a really fun and useful community <3 I’m happy to be with you cCc

TestNetRun is the most professional team about testnets in Turkey. They always help people and answers most basic questions tirelessly. They deserve to be selected in my humble opinion.

road to glory with testnetrun

thanks for sharing and helping.